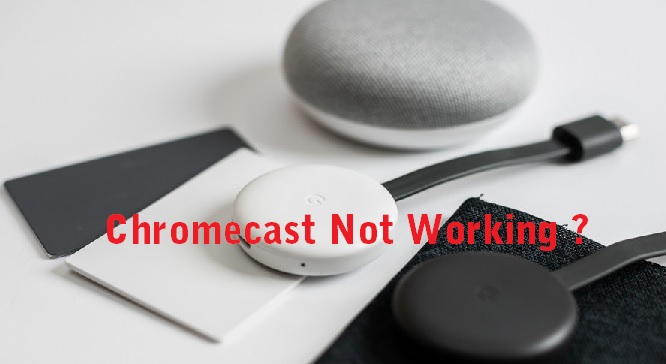 Designed by Google, Chromecast allows the users to play the internet-streamed videos using their mobile device on their television or home audio system. Using this device, you can easily stream your favorite movies on your high-definition television and enjoy it on a bigger screen. All you need to do is simply connect your device with Chromecast and cast whatever it is on your mobile screen to your TV screen. Although it is not a very difficult thing to do, difficulty arises when your Chromecast starts creating issues. The Chromecast not working is one of the most common problems faced by the users on a frequent basis. There are few easy things that the users can try whenever they come across this problem. In this article, simple troubleshooting to fix the Chromecast not working problem has been discussed in detail. Those looking for the ways can proceed with the article.

Contents hide
1 Different forms of Chromecast not working
2 How to fix Chromecast if is not working?
3 Factory reset your Chromecast device
4 Fix the issue while setting up Chromecast
5 Update firmware of your television, router and Chromecast
6 Adjust your router channels
7 Other simple solutions for Chromecast stopped working

Different forms of Chromecast not working

Chromecast not working is a very common issue that is seen quite often by the users. The issue can trouble the users in many different ways thus preventing them from enjoying the features offered. Some of the Chromecast related problems that are frequently experienced by the users are listed here.

How to fix Chromecast if is not working?

Depending on the actual issue that you are facing, there can be different ways to fix the Chromecast stopped working issue. A few simple troubleshooting methods that a user can apply without much technical expertise are listed below. The solutions provided are generic in nature and are seen to work for many of the issues relating to the not working of Chromecast.

The most basic solution for the Chromecast not responding is that you factory reset your device. Steps for the same have been provided below:

Fix the issue while setting up Chromecast

While you are setting up Chromecast, there are few things that you can do make sure that the not working issues do not arise at a later stage.

Update firmware of your television, router and Chromecast

Streaming or casting using Chromecast might not work properly in case the firmware of your television, router and Chromecast is outdated. Follow the instructions given below to update the firmware.

Sometimes, issues with your router can also cause Chromecast not working issue. When routers between the wireless channels they run on, they can automatically set to the frequency being used by those around you. This can cause interference thus not allowing your Chromecast to work in the right manner. The steps for adjusting the router channels vary depending on the type of router you are using. You can read the instruction manual of your device and then perform the steps as described there.

Some other troubleshooting methods that the users can follow to fix Chromecast not working is provided below.

CenturyLink Email not Working (Unable To Send, Can Not attach email on Iphone, Windows)